On The Eigth Day God Created ZWANNA SON OF ZULU

There’s an old theory which I’m sure you’re aware of that states that there are only seven stories and that no matter how complex a story is, no matter how many twists and turns the plot, any narrative will fall into one of those seven types. For the record they are:

This has held true for the total expanse of human storytelling history. Now there is an eighth: Ladies and gentlemen, I give you ZWANNA SON OF ZULU. 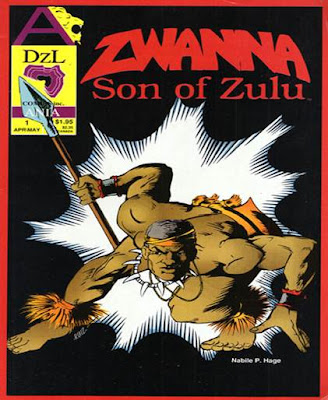 SWEET CHRISTMAS!!!!!!! Where to begin with this? Some context I suppose. 1993 was an interesting year to say the least. Cast your mind back to a time when Ace of Bass wandered the Earth painting it a wonderful musical shade of beige, a young man called Robin Williams taught us that trannies were fucking hilarious with Mrs Doubtfire, and the final episode of Quantum Leap caused us to utter a collective “whatthefuck?” 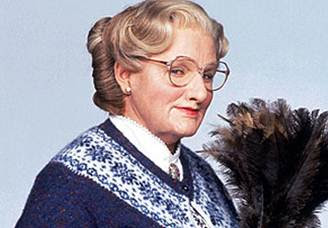 “LOOK OUT, MY FALSE TITS ARE ON FIRE" 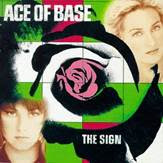 How did I find my way to the Ace of Bass concert? I saw the sign!

“You aren’t from around here are ya stranger? Come on in, have a drink, and help us figure out what the fuck is going on!”

The comics industry was deep in the middle of its (in hindsight) totally pathetic Dork Age. Superman was dead and Batman was about to have his back broken. Hologram covers, multiple first issues, shite art (TM Rob Liefield), and comics based on absolutely any character were the order of the day. Seriously. ANY character... 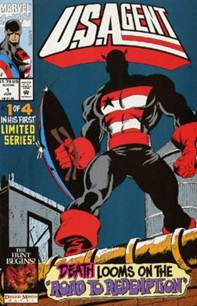 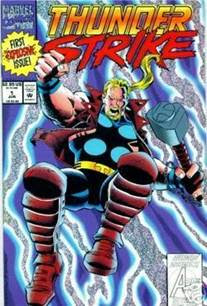 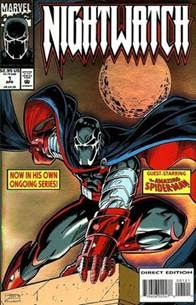 Black America was at the forefront of public consciousness. The LA Riots were fresh in everyone’s mind, Malcolm X had proved a massive hit at the box office the previous November, and hip-hop acts like Public Enemy and NWA were surging in popularity. It was only a matter of time before someone realised the twin worlds of comics and black empowerment were not mutually exclusive. Many people felt that a comic about a contemporary black hero needed to be released badly. Few comics in history have been as badly released as this one. 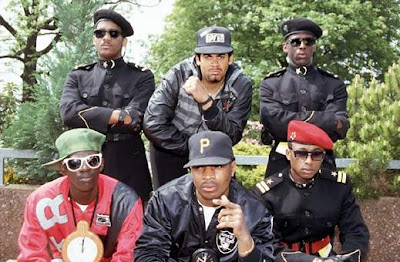 The idea of an ethnic super hero trying to redress the balance was not a new one at the time; Black Panther, Power Man, and Black Lightning had appeared at various points over the previous 30 years. But Zwanna was to be the first proactive black hero published by an all-black comics imprint, the extremely short lived Dark Zulu Lies.

Zwanna Son of Zulu is the simple tale of an African prince imbued with superhuman powers sent to the United States to somehow stop an international conspiracy by attending university and killing transsexuals.

Let’s all take a second to deal with that by reading the opening text caption word for word. The capitalisation is theirs, not mine

“DESCENDANT OF GREAT KING SHAKA ZULU, HIS VEINS FLOWING WITH THE VENOM OF A RADIOACTIVE, DDT-CRAZED COBRA: EXILED ACROSS THE VAST SEAS TO A SMELLY CONCRETE JUNGLE, VOWING REVENGE! NABILE HAGE PRESENTS: ZWANNA, SON OF ZULU."


The main character Zwanna has been sent from his homeland to the United States to learn the ways of the white man at “Black American State College”. I’m reliably informed that universities of this nature are quite common in large American cities; in fact the Cosby Show Spin off A Different World was based on this premise. They tend not to be so literally named however. He attends classes even when they clash with his favourite talk shows. 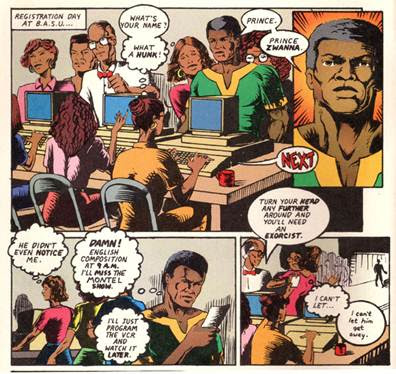 His brother the king has warned him of an “International Conspiracy”. This is run by what could only be described as “three pooftahs”. 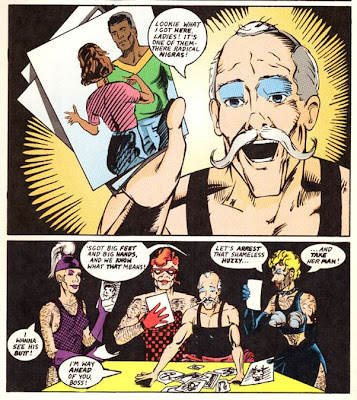 "OH THAT ZWANNA IS A SILLY SAUSAGE"

Zwanna's mission is to use his secret jungle powers to kill them. Simple dimples.

The problems with Zwanna Son of Zulu are twofold. Firstly it tries very very hard to have black protagonists who are proud of their heritage. This is an admirable notion. The problem is that it swings too far in the other direction. Zwanna is a walking talking anachronism, a hero who wears a loin cloth and swings around the city on vines that shoot from his spear, a spear which he uses, by the way, to kill people. Really. 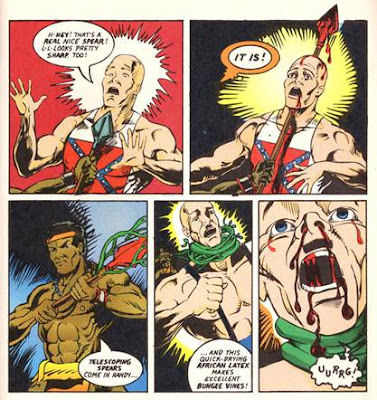 
And EVERY white character is either a drunken neo-Nazi, or black hating homosexual axe murderer. It puts one in mind of certain Spike Lee movies (as Howard Stern pointed out, “Every Jew is a money lender; every Italian runs a pizza shop.")

The second problem is that every single thing about this comic is TOTAL SHITE. The art is awful, the plot is caustic, and the dialogue? Oh the dialogue: “I got that jungle love for you, baby.” “Give it to me Wild Man." 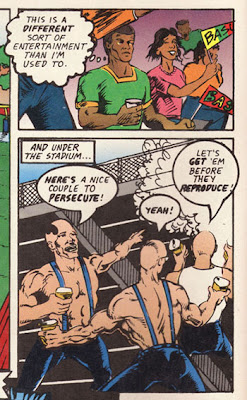 Let's get 'em before they reproduce? Holy fuck!!!

It would not be too long after this that the excellent Milestone Comics would come along with a whole line of contemporary black characters that were well written, well drawn and handled respectfully. This is, as a wise man once said, “offensive to anyone with any viewpoint at all. It is at once racist, sexist, misogynist and homophobic. Thouroughly enjoyable."


Sadly, there was only ever one issue of Zwanna, Son of Zulu. Author Nabile P. Hage clearly felt quite strongly about redressing the racial balance. So much so that he was once arrested for climbing the Capitol Building in Georgia while dressed as Zwanna and throwing out free copies . I can’t imagine it sold too well. We were given 50 copies to give away as a prize at the 2d Festival 16 years after it was published. But no-one who has ever read a copy will ever forget the mighty African warrior and his adventures. 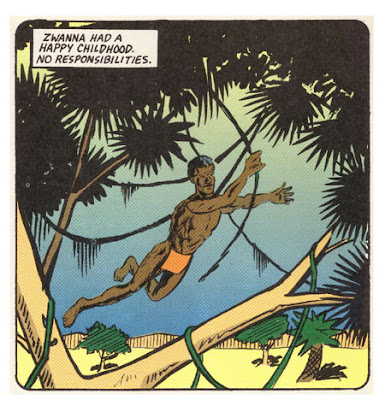 I have two copies of Zwanna Son Of Zulu to give away to the two people who leave the comments that bring me the most pleasure. Have at you!!!!!

USAgent? Is that short for USA Gentleman? Does he use social ettiquette and his status as a graduate from an Ivy League University to politely implore his enemies to be good fellows? Or perhaps he simply offers them a weekend in the Hamptons if they pledge allegience to the flag?What a Gent! Extremists beware for he carries clean hankerchiefs....

However bad this is at least it had a bit of originality. Black guys nowadays (in comics) are all bald with tattoos, pencil beard optional.
Whatever distinct personality they had when they were created has been replaced by the supercool/badass/goodguy personality which is now interchangeable between them.
Originality goes a long way.Take a look at the redesigned Superman, the icon from which all superheroes come has become the clone. How ironic "The father becomes the son and the son..etc"
Zwanna was still shite though...

OXFAM find a rare 1939 copy of Hitler’s Mein Kampf and Zwana is released onto an unsuspecting public while under the influence...none of this was predicted in Russell Grants 2011 forecast!

Zwanna, Son of Zulu works because it is a concentrate non-formula from within the psyche of creator Nabile Hage. His emotional perception of reality is delivered with all it's prejudices and non-sequitirs. Whereas lesser writers such as Alan Moore and Frank Miller focus on sociological issues, Hage has broken up his skull, so that we can see all the flaws inside and address the root MENTAL problems. In examining only his own MENTAL manifestations, we understand Hage from a symbolic interactionist perspective.

The Hagic discourse is one of a Christ-like bridge through Zwanna. No black man is quite like Zwanna. By portraying whites as murderers, rapists, cat-bastards, ponyball-clenchers, dick-warblers and sooty-spunkers, the Hagician does not mean to imply we all are. Of course not. Consider the central placement of transvestitism, a metaphor for what he is trying to achieve. The central act is one of re-dress. And so he has redressed all white people in the skins of barmy in the cranium. Asides from the unique loin-clothed Zwanna, how far out are those characters from the type used by Grant Morrison, or if you prefer, Garth Ennis?

In constructing a "fucking terrible story" (See Harvard pp 1 pp), Hage draws attention to the deficiencies in poorly educated areas where talent is robbed. By allowing us to see through his scone, we are better able to develop coping strategies such as laughter and fuck off. We can appreciate the contrast in our personal lives through the comparative sexuality of a neo-nazi or a nice piece of Zhaab! Hage seeks to remove the idea of colour by replacing it with anachronisms of product, dialect and new frontiers. This reflects the multi-linear culture of our post-modern world. Which we all share with Nabile Hage.

Of course, I was really very drunk when I read this. More information on the progressive Mr. Hage can be found here.

African son of Chuck Norris
vs gay clones of Hitler !!!

I inked this comic as well as part of Motorbike Puppies (another Nabile creation). You might find it interesting that John Ruiz (the penciller and my best friend) are both white and grew up in rural Georgia

Pageviews from the past week